Sophie’s Choice, a 1982 movie starring my favourite Hollywood actress, Merryl Streep, was about the diabolical situation a mother was put in during the Nazi persecution of the Jews in Auschwitz. She must choose between the lives of her two children, only one is to survive, the other will be gassed. And if she can’t make the choice then both will die. Today, when we say we have a Sophie’s Choice to make, we mean we have to choose between two extreme outcomes of which neither is desirable.

I have a dear friend who holds a special place in my heart. To me, she is one of the greatest cello pedagogues Australia has ever produced. Sadly, she has succumbed to Alzheimer’s and can no longer recognise anyone, not even Sophie, her own daughter. Sophie is a wonderful mezzo soprano, fulfilling her lifelong quest to be a world class singer in Europe. Sophie is in town for a week, mainly to spend precious time with her mum. Whilst having dinner with her, the voice in my head told me it’s really a Sophie’s Choice Sophie has made. I confessed to her that my previous visit to her mum was really a selfish act, to soothe my own conscience rather than to please a special friend who may be as forgotten as she has forgotten. What is left of a person who has no memory left? Are we still who we are without our memories? I am comforted when I recall that Sophie’s mum still retains her personality even without her memory. She is still that extroverted Irish lady who readily puts on an American accent, dances and prances about the room upon hearing some familiar happy music.

There is an illusion about “self”. We wrongly assume that our soul or “self” is one continuous “me”. The “self” is similar but not the same forever. The Aniccam in Buddhism teaches us to see through the illusion of self. It is the idea of life being in an impermanent state, a continual change. Sophie’s mum is no longer her old self without her episodic memories but she is still Sophie’s mum. Much of her personality is intact. Similarly, our experiences also change us. The “self” changes over time as new memories are formed from new experiences and many older memories are lost. It is uncommon to find someone who remembers everything that has occurred during the past 1,000 hours! When “self” loses its memory, be it due to disease or death, what is “self” left with? Is there a “me” after that? Is there meaning in life therefore? No, such questions may lead to nihilistic conclusions. Sophie’s mum brought great music into my home and enriched all of us, and I will forever remember her wit, energy, lovely charm and unrivalled dedication to my sons. She reminds me to live a rich happy life, and be carefree and unburdened. For me, that is the meaning of life, to consciously, mindfully live it and at the end of each day, to appreciate it.

Sophie’s choice is to make a fulfilling life of her own as an opera singer. That means she bases herself in Europe, away from her ailing mum. Alternatively, she gives up on her lifelong dream as a mezzo soprano and returns to look after her mum. But, what benefit would that be for her mum who cannot recognise her now? A Sophie’s Choice which Sophie has made. I’m proud of her, it’s a choice even an urghhling would find difficult to make. 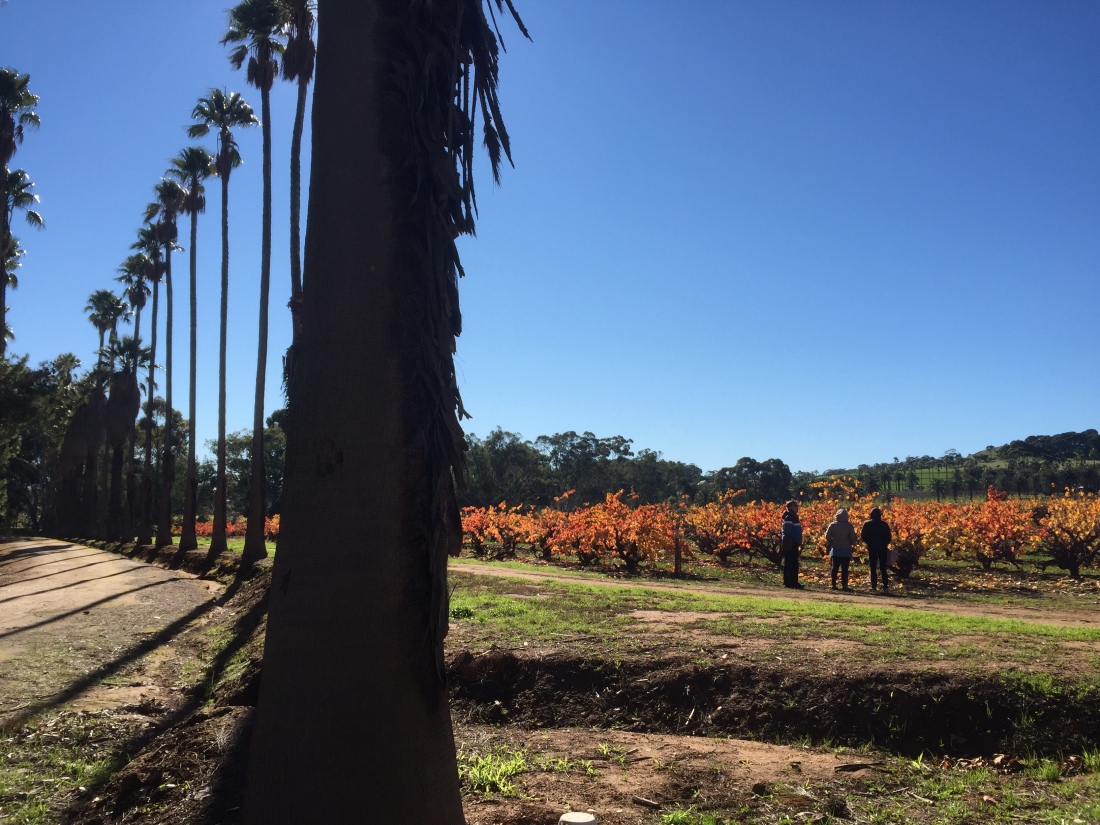 Seppeltsfield, memory of a cello recital concert firmly planted there.