It is Sunday. A day of rest, I get to sleep in. But, at the back of my mind, I know the chooks will be restless. They will want to get out of their coop and stretch their legs. Flap their wings, sing to the neighbouring kookaburras and excitable parakeets. Instead, I remain in my bed, beneath layers of crumpled moth-loved blankets and decades-old thinning quilt. It may be spring but the unseasonal heat wave conditions earlier in the week have retreated and surrendered to the cold Antarctic winds. The chooks will be more comfortable in their home, I reasoned with myself. My shadow self lost the debate, he too did not look forward to brave the cold. Moth ridden blankets still serve their purpose, there is no need to consign them to the bin, let us be kind to the environment. I did not have to wait for Greta Thunberg to evoke her thunder and lightning at us, the older folk. I have been using the “Save the environment” catchcry for all my life.

“Time to throw away your singlets and undies. They are full of holes.” The shadow self hollered. “Nope, save the environment” I told him.

“Why don’t you update your wardrobe, ba? Sharp long collars are so out. Long before rounded collars were in.” “ Nope, save the environment, son.” I said with much conviction about saving the world.

“Heard of the latest QLED 8K big screen tv?!”, asked my shadow self. “You still spend your free time watching old movies on your old Panasonic Plasma tv!”, he mocked. “Look at the depth and detail 8K offers. Look at the vivid colours. It’s QLED, you know!” My shadow self loves all things modern, high tech and expensive.

“It’s ok. Let’s save the environment.” That was all I said. I did not bother to learn what QLED means.

Three Christmases ago, my son from London suggested it was time to change the carpets downstairs. “How about changing to solid timber flooring? The natural smell of Tassie Oak will be a welcome change.”

“Nope, save the environment, son.” I was quietly thinking more about the money saved than the planet’s well-being.

He pointed out that my house was beginning to welcome visitors with the previously familiar “old person’s smell”. Previously, my parents-in-law lived with us for many years until they passed away. Poh-Poh’s last breath was drained away by the emphysema she got from a lifelong habit of smoking. Gung-gung was forever strong until he broke his hips from a nasty fall. Euthanasia was illegal then, in 2002, and still is in South Australia. He was transferred to a palliative care unit where he passed away peacefully in the wee hours of the next dawn. When one is at that junction of one’s life, the issues are no longer quality of life versus longevity or right to live. It is no longer weighing up the burden of medical treatment versus the benefits of gaining it. It is not even about God’s will or God’s words. I am so glad Gung-gung did not hang around at all. Why endure immense suffering and pain at end of life? He lived a dignified life, it is only right he retained his dignity at death. I will want that for myself also.

Oh, the chooks!! Sorry, girls. I forgot to let you out! It’s 8.35 a.m. now!! “C’mon me ladies. Time for your breakfast.” I am a strict adherent of IF (Intermittent Fasting) but I do not impose it on my girls. They have a habit of lowering their body whenever I stroll by. Squatting low, Reddy’s underside almost touches the ground. She shivers momentarily as if expecting a sexual encounter. All she gets is a gentle pat on her back. “Good girl, Reddy. Did you sleep well, darling?” She has been stooping low at my feet ever since she lowered her guard about me. Always offering herself whenever I enter the chicken run, she wants to be straddled by a male. I should keep a cock for her, but the local council frowns at cockerels in the suburbs. My shadow self hopes she does not feel dejected by my rejection of her advances. I will only pat her back, that is the extent of our friendship. She knows I will never harm her. All my four ladies will never experience a black swan day. They should know this is always their home, till they die a natural death. Yes, with tender palliative care too. 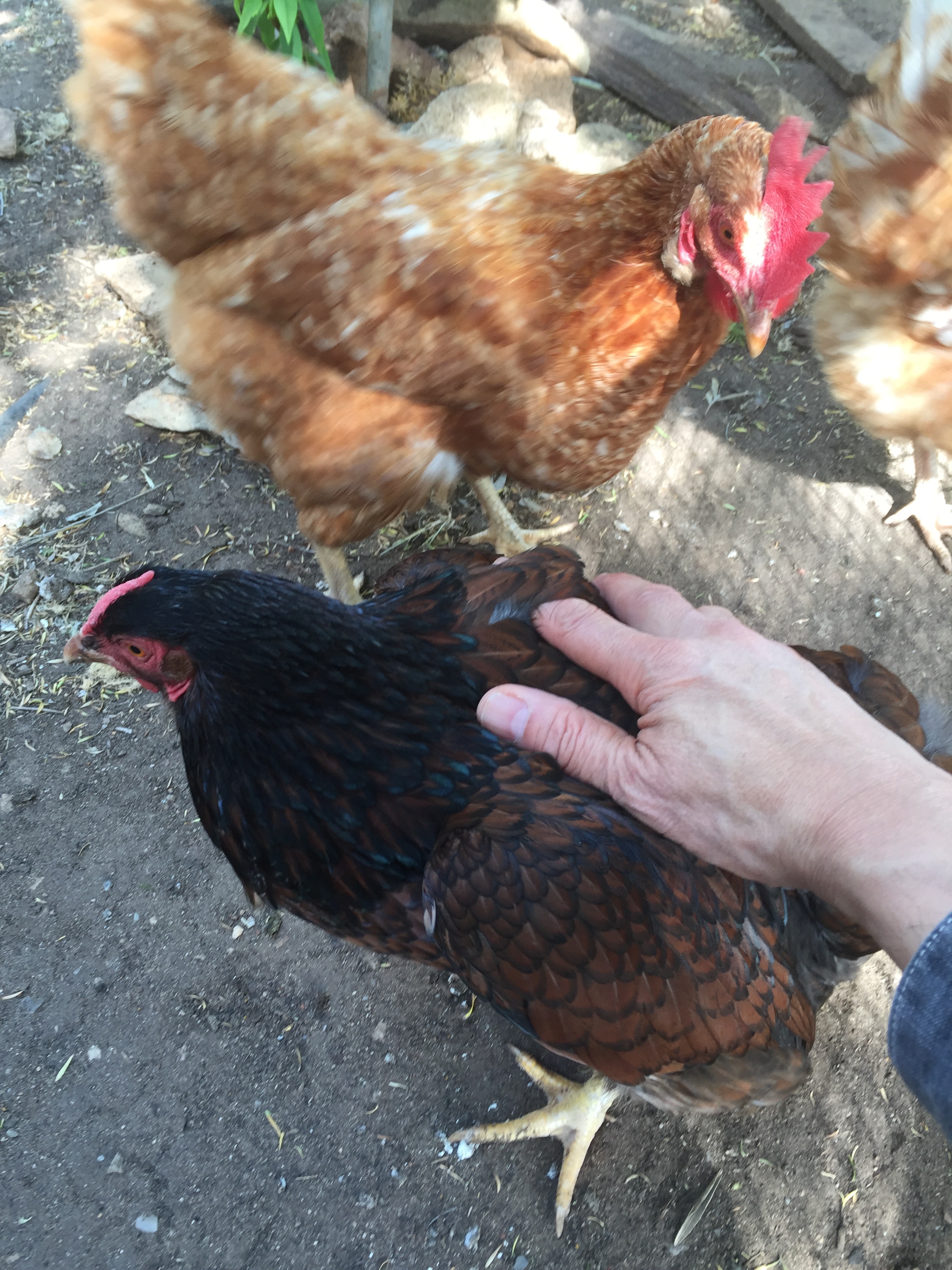 Late in the morning, Chip, a good childhood friend, shared some food pics of his Nyonya dinner with some common friends in Adelaide. The Baba’s and Nyonya’s have a colourful history in Malaysia. The meeting and eventual merger of cultures between the early Chinese migrants and the local Malays enriched not only the cultural fabric of the society there but also impressively created a new type of cuisine. A Baba friend encourages us to keep using “Baba-Nyonya” for the Straits-born Chinese-Malays rather than adopt the more commonly used word for their culture, the Peranakans. Legend has it that in 1459, the emperor of China sent his daughter Hang Li Po to marry the Sultan of Malacca. The nobles and servants who accompanied her married the native Malays and they gave rise to the new class of Straits-born later known as baba-nyonya. Apparently, the term Peranakan is predominantly used by the Indonesians and later exported to Singapore. Last night’s party theme was to celebrate the baba-nyonyas. I imagine the women all went dressed in their best lacy see-through kebaya, with colourful batik sarong and manek slippers. The photo of the nyonya fish curry was mouth-watering but it did not affect my mood considering I was still on IF. But, when Chip sent me the photo of his wife’s Pulut Tai Tai, I couldn’t help but feel like a commoner. They were all our common friends yet I missed out on my favourite snack. Made of fluffy glutinous rice steamed in coconut milk, it is a heavenly dessert especially if you slather it with generous dollops of pandan-flavoured kaya (egg and coconut jam). Commoners miss out on all things exotic in life, including nyonya delicacies, that’s the hierarchical rule. When do ordinary folk without any significant social status get invited to such special parties? That is what I want to know, Chip. Urghhling. 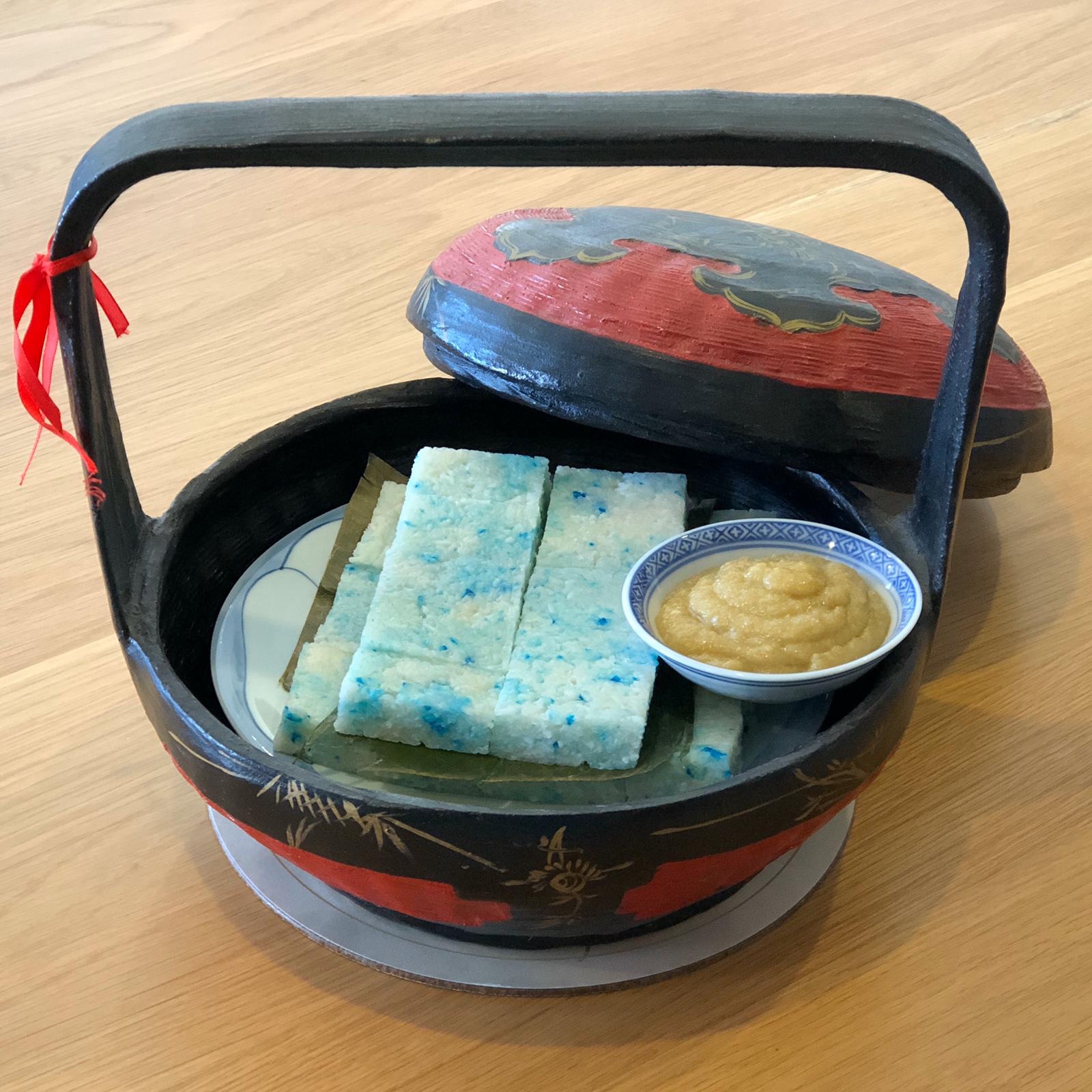